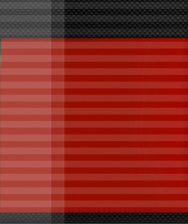 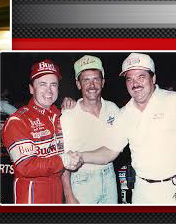 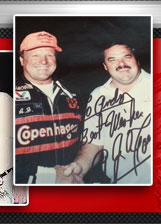 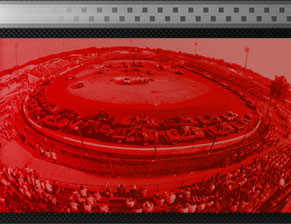 Through decades of management experience, a winning formula has been developed. It is now the core methodology: helping clients and friends in business achieve successful, sustainable and measureable results. The process is called, “The Management Master Plan”.

In recognition of his many accomplishments he was awarded the title “Kentucky Colonel” in 1998. This honorary charitable association promotes all that is positive about the Commonwealth of Kentucky.

Andy Vertrees inducted into the Kentucky Motorsports Hall of Fame.

Andy advised during the design and initial construction of Bluegrass Motorsports Park, a planned 2.5 mile road course about 20 miles from Cincinnati in Northern Kentucky. The track has over 100 feet of elevation changes and can be operated as two circuits simultaneously. Its 4000 foot front straight is one of the longest straights in North America.

The project was designed to mimic some of the most famous turns in European tracks and also be suitable for novice drivers. Derek Daly, famed driver and course designer worked closely with Vertrees and the ownership group on design and initial construction

Andy Vertrees, recently Iowa Speedway’s Chief Operating Officer, is recognized as a national leader in organizing motor sports facilities. His success as one of the top promoters in the country comes from many years of experience, both as a race driver and later, a speedway operator.

Andy played a major role in the planning, design, development, and scheduling of Iowa Speedway in Newton, IA. This outstanding 7/8 mile, more than 32,000 permanent seat racing facility is the first track ever constructed with the SAFER Barrier, a system designed to reduce the severity of impacts by race cars. Other tracks have added this system in front of concrete walls, but Iowa was designed from scratch with the SAFER system instead of traditional construction.

Iowa Speedway has already hosted a wide variety of events on its oval track, road course, and one-eighth mile drag strip including the Indy Racing League, USAC, ARCA, Hooters Pro Cup Series, and a full schedule of sports car, motorcycle, and driving school events plus the Legends Series and several concerts featuring national touring artists. The 1.3 mile road course has already played host to the same competitors who run in the 24 Hours of Daytona (Rolex Sports Car Series including GT and ST classes).

1998 – Mr. Vertrees became a consultant on the newly announced Kentucky Speedway, a 1.5 mile superspeedway planned for Sparta, Kentucky, 35 miles southwest of Cincinnati, Ohio. He worked diligently with the speedway’s seat licensing program while adding corporate support from Louisville area businesses through networking operations with his Louisville Motor Speedway. In 1999 he was named Operations Manager and appointed to the construction site to oversee the day to day construction of the facility and was involved in the speedway’s lay-out and design. He sold his interest in Louisville Motor Speedway to Kentucky Speedway’ ownership group as well as the Craftsman Truck Series event re-direction to the Sparta facility. Mr. Vertrees also helped attract the Indy Racing League (IRL) as well as the Automobile Racing Club of America (ARCA) in securing dates at the new facility.

2005 – Mr. Vertrees became a member of the consulting staff and operations manager for the proposed Iowa Speedway, a Rusty Wallace signature track. The speedway located in Newton, Iowa is a 7/8th mile tri-oval with a drag strip designed for annual touring series events. Mr. Vertrees was responsible for each phase of the construction project being completed in a timely fashion and circumventing any perceived operational issues in the design process. The track opened in September 2006 with the Soy Biodiesel 250 USAR Hooters Pro Cup Series. The Indy Racing League announced a race there on June 24, 2007, the Iowa Corn Indy 250. The track was awarded a NASCAR Camping World Truck Series race in 2008, and a Nationwide Series race for 2009. An agreement has been reached with the IRL that will see three more years racing at Iowa from 2009 onwards.

2007 – Following a successful opening of Iowa Speedway and completion of its second year of operations, Mr. Vertrees returned to his home in the Commonwealth of Kentucky as a project manager for Bluegrass Motorsports Park and Race Course near Sparta, in northern Kentucky. Mr. Vertrees oversaw the construction of the road course as project manager for designer, Formula One legend Derek Daly. Bluegrass accommodates a variety of motorsports events for cars, karts, and motorcycles, starting at the grassroots and ranging from high-performance driving & riding schools and club racing to the upper echelon of sanctioned events and pro racing. The track is on schedule for a successful opening in the Spring of 2009.

1987 – Mr. Vertrees sold his interest in Kentucky Motor Speedway and completed his lease agreement with Charlestown Speedway before breaking ground on Louisville Motor Speedway. The facility was located on approximately 40 acres located on the south side of the city near Interstate 65. Mr. Vertrees broke ground in October of 1987 and the compound banked 1/3 – mile facility with Figure Eight course opened on June 22, 1988. The speedway was a member of the NASCAR Weekly Racing Series and seated 8,000 in permanent grandstands with an indoor VIP suite. Operating on Friday and Saturday nights the speedway showcased six racing divisions. During its first two seasons, the speedway hosted NASCAR’s Busch Series (now Nationwide Series). The NASCAR All American Challenge (later All Pro) Series were also annual events. A second indoor VIP Suite with seating for 120 was added in 1993 outside Turn One. The speedway was enlarged in 1994 and became a “D” shaped .485 mile track while keeping the original 1/3- mile with Figure Eight course. The speedway attracted NASCAR’s new nationally televised Craftsman Truck Series in 1995 through 2001. The speedway also hosted events for the Automobile Racing Club of America (ARCA), United States Auto Club (USAC) and American Speed Association (ASA) as well as the United States Auto Racing (USAR) Hooters Pro Cup while introducing the United Midwest Promoters (UMP) Dirt Late Models for the first time on asphalt. The speedway produced such stars as 9-Time ARCA Series Champion Frank Kimmel, NASCAR All Pro Series and Craftsman Truck Series star Scot Walters and CRA Late Model Series Champion Chuck Barnes Jr. The speedway hosted 35 outdoor music concerts including Billy Ray Cyrus (50,000 attendance) and Garth Brooks (30,000 attendance).

1983 – Mr. Vertrees leased and operated Charlestown Speedway, a semi-banked 1/3 mile dirt track located 30 minutes northeast of Louisville, Kentucky in Charlestown, Indiana. The track was paved with a Figure Eight course when Vertrees took over and he operated the track concurrently with his Whitesville facility through the 1987 season. As promoter, Mr. Vertrees implemented a cost effective Late Model stock car division and added two entry level classes. The track became a member of the NASCAR Weekly Racing Series and hosted the NASCAR All American Challenge Series.